Journal   >   The Ultimate Vitamin and Mineral Guide   >   Is Huperzine-A an Effective Natural M..

Although the aging population tends to focus on keys areas of brain health, including their ability to enhance memory and boost cognition, an effective memory-booster can support people of all ages.

This is where Huperzine-A comes into play. Purified from Chinese club moss, this substance has been shown to enhance memory — even among those who suffer from neurodegernative conditions. With its ability to influence critical neurotransmitters, including acetylcholine, Huperzine-A continues to gain attention within the Alzheimer’s community and beyond.

Whether you would like to improve your memory and ability to learn or are interested in natural alternative remedies to improve your quality of life, here’s what you need to know about Huperzine-A.

Classified as a dietary supplement, Huperzine-A is extracted from moss that grows on damp forest floors and in rock crevices. Referred to as Qian Ceng Ta, this ancient Chinese remedy has been used for centuries, targeting everything from inflammation to irregular menstration.

Today, this compound is derived from plant matter and utilized as a potential memory enhancer. First discovered in the 1980s, Huperzine-A was found to readily cross the blood-brain barrier, preventing the breakdown of acetylcholine. More specifically, it was shown to target acetylcholinesterase (AChE), preventing it from destroying available acetylcholine.

With its ability to act as a cholinesterase inhibitor, it has been shown to have a similar effect to drugs developed to support Alzheimer’s patients, which we will discuss momentarily. This is due to the fact that when taking this supplement, users experience an increase in acetylcholine levels.

Since this neurotransmitter is required in order for neurons to communicate, an increase in acetylcholine can lead to improvements in memory and thinking. This is particularly important for the aging population, as your brain’s ability to produce this often overlooked nutrient declines with age.

In addition, Huperzine-A is an NMDA receptor antagonist, having a direct impact on glutamate levels. Although glutamate plays an important role in memory and learning, too much can lead to cell death. In fact, excessive glutamate release is one of the main reasons that people suffer from brain damage following a stroke. Huperzine-A helps to prevent this type of neurological damage.

Considering approximately 26.6 million people are currently living with Alzheimer’s worldwide, this continues to be a critical area among researchers. Furthermore, experts believe that this number will be closer to 102.6 million by the year 2050. That is why so many organizations and researchers are working tirelessly to discover a more proactive remedy.

Although there is no cure for this neurodegenerative disease, depending on the individual, various treatment options can improve symptoms and enhance one’s quality of life. While this progressive neurodegenerative disease typically develops after the age of 50, a small portion of the population will develop early-onset, impacting those as young as 30.

Although each case is unique and the associated symptoms are complex, patients experience a gradual loss of memory, communication skills, mental performance, and personality. With a life expectancy of approximately eight years, it is imperative that researchers continue to uncover potential clues.

Although the exact cause of Alzheimer’s is not fully understood, it’s clear that patients experience the destruction of nerve cells. In addition to the presence of amyloid-beta (an insoluble, damaging protein), there also appears to be a dramatic decrease in available acetylcholine levels.

At this time, there are two drugs approved that aim to alter acetylcholine levels. However, many other substances are also being studied, including Huperzine-A. Numerous studies have focused on this compound in regards to memory and cognition, offering hope for those in need of a more natural solution. After all, the available drugs on the market are expensive and often cause undesirable side effects.

What the Available Research Says

As stated in this 2014 study, published in Frontiers in Aging Neuroscience, Huperzine A has a long history, often used to target strains, bruises, fever, swelling, and even schizophrenia.

Today, China markets this compound as a licensed anti-Alzheimer’s drug and in the United States, it is available as a nutraceutical — which is essentially a standardized, pharmaceutical-grade nutrient. First approved by the State Food and Drug Administration of China in 1994, specifically for Alzheimer’s therapy, a number of large clinical studies have since shown that Huperzine-A may significantly improve cognitive functioning, memory, and the daily life of Alzheimer’s patients. Best of all, these benefits are achieved without the development of serious side effects.

When studied in rodents, primates, and humans, Huperzine-A has been shown to improve and even reverse cognitive deficits. In addition, the most recent discovery found that Huperzine-A may reduce the accumulation of iron in the brain, slowing down neuronal death and in turn, improving symptoms of Alzheimer’s.

In this key study, 50 Alzheimer’s patients were given 0.2 mg of Huperzine-A and 53 were given a placebo each day for an eight week period. After this treatment period, 58 percent of patients treated with Huperzine-A showed improvements in regards to their memory, behavioral, and cognitive functions — in comparison to 36 percent in the placebo group. The researchers concluded that Huperzine-A is a promising remedy for treating the symptoms of Alzheimer’s.

What About Traumatic Brain Injury?

Since a traumatic brain injury can lead to significant neuroinflammation and oxidative stress, researchers are interested in proactive remedies and solutions. Unfortunately, at this time, there are no effective treatment options that target primary or secondary injuries. However, options like Huperzine-A may offer neuroprotective benefits, improving future outcomes.

In this study, published in Metabolic Brain Disease, a mice model was used with the aim to explore the effect of Huperzine-A in relation to traumatic brain injury. The researchers assigned mice to three groups and those treated with Huperzine-A were given a dose of 1.0 mg/kg/day, with the first dose administered 30 minutes after the first injury.

Administered for a total of 30 days, it was found that those treated with Huperzine-A showed significant improvements in Morris water maze performance in comparison to the other groups. Markers of oxidative stress and neuroinflammation were also reduced, showing that Huperzine-A may be a promising candidate when treating traumatic brain injury.

How to Use Huperzine-A

Before you take any new supplement, it is imperative that you do your research and discuss your current health status with your physician. This is especially true if you currently take any medication.

Huperzine-A is often marketed as a nootropic, and as discussed, a memory enhancer. Depending on the supplement you source, doses may vary, ranging anywhere from 0.05 to 0.2 mg per dose. While studying dementia patients, researchers typically administer doses between 0.2 to 0.4 mg per day. Of course, this is a special circumstance where patients require higher doses in order to achieve the desired effect.

Overall, Huperzine-A is well-tolerated and causes fewer side effects in relation to anticholinesterase inhibitor drugs. When side effects do occur, they are proportional to dose and are most often linked to intestinal symptoms, including nausea and diarrhea.

For those looking to optimize their general health while supporting their neurological health, you can also often find Huperzine A in a quality multi-supplement. Regardless of the supplement you choose, it’s imperative that you understand what you’re taking and why you’re taking it.

For example, some users take Huperzine-A in order to address brain fog and fatigue, while others take it on a regular basis to protect their brain from oxidative damage. This is something that can be discussed directly with your health provider, especially if you currently take any other supplements or medications.

In terms of dosing, always follow the directions as stated on the label and dose according to why you opted to take Huperzine-A, to begin with. As mentioned above, an Alzheimer’s patient may require a dosage as high as 0.4 mg twice daily, whereas a student may improve their memory taking 0.1 mg daily.

If you are specifically interested in boosting your neurological health and/or cognitive skills, please refer to the following resources: 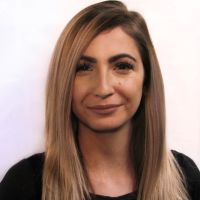